In 2004 Fancello realized your first cross on newspaper (exhibition in Sitges, 2004). In 2009 the artist coceives the installation titled “Crosses, wood and newspapers”.

“I wanted to wrap the cross in the newspapers. The newspaper identifies, with its contents, the contradictions of Humanity. The symbol of the cross has 3 major elements: basal end facing the ground (roots), two lateral axes extended in an embrace (humanity), upper end high up (moving upwards)”. 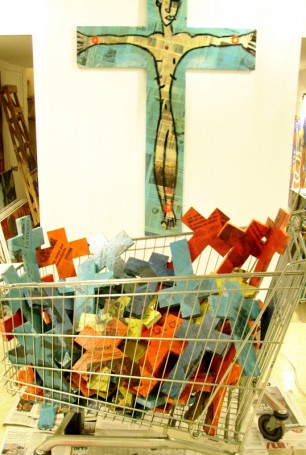 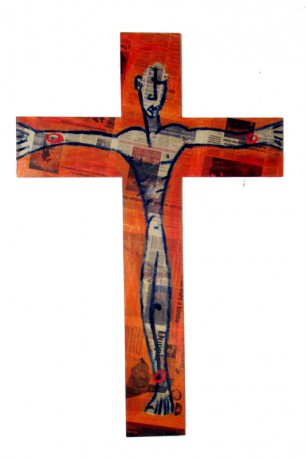 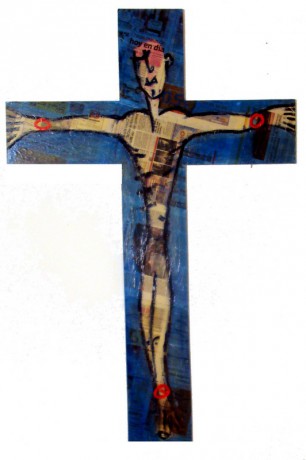 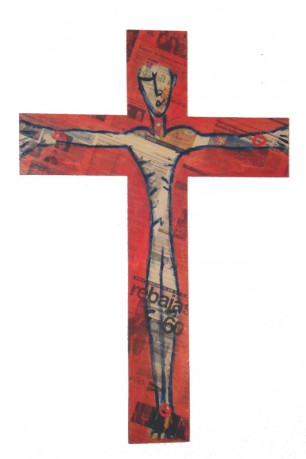 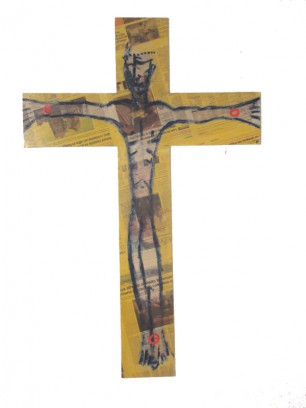 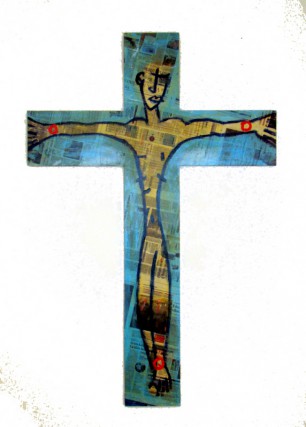